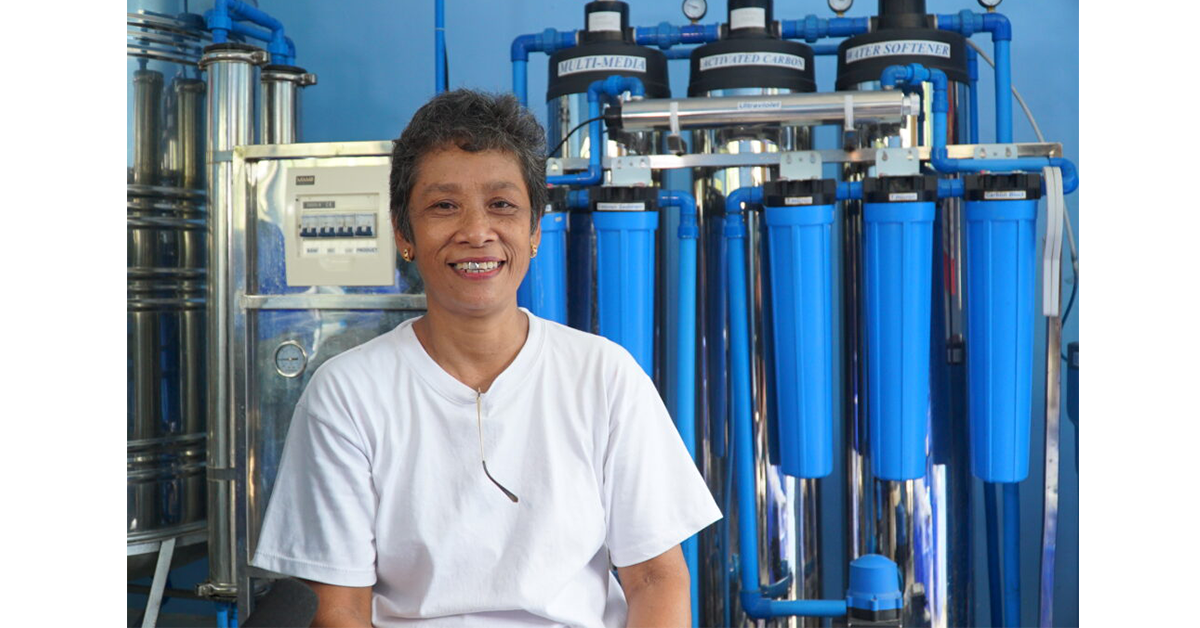 The Citi Microentrepreneurship Awards (CMA) is a yearly nationwide search for outstanding microentreprenuers in the Philippines. The awards program is a partnership among the Bangko Sentral ng Pilipinas (BSP), Citi Philippines and Microfinance Council of the Philippines, Inc. (MCPI).

Nanay Prescilla Obra, 55, a member of TSPI Santiago branch was a CMA semi-finalist nominee. She was nominated for her exemplary community leadership in Ramon, Isabela. Be inspired by her story on entrepreneurial journey and leadership initiatives.

Nanay Prescilla has been a TSPI member for five years. Her starting capital was only P10, 000. Even as a young woman, Obra had been enterprising. She attended a seminar on hog-raising and ventured into the business with two hogs. Although she was doing well, she held on to a dream of working overseas. Unfortunately, she fell prey to a recruitment scam, losing the P3, 000 “placement fee” she shelled out. She went to Manila just the same reported the agency to the Office of the Mayor and was able to get her money back.

Not wanting to return to Isabela a failure, she thought of buying clothes in Divisoria and selling them in her hometown. The merchandise was quickly sold out! Encouraged, she bought and sold some more, until she was emboldened to put up a sari-sari store and karinderia (eatery). The new ventures were equally successful, the store being the only one in the neighborhood at the time.

She was able to save enough to buy–in cash–a piece of property nearly a hectare big that was offered to her for P15, 000. She built pigpens and bought 11 sows and fattening pigs. She also planted fruit trees. Obra’s story was clearly a reversal of fortunes, thus the monicker “Mama Luck”.

Her businesses continued to flourish after she married. However, tragedy struck in May 2006, when her husband died from kidney failure, leaving her with four children to raise and depleted financial resources. To get back on her feet, she turned to business. With capital borrowed from an informal lender, she sold peanuts, dilis (anchovies), and sugar in packets. Through her modest labor, her firstborn finished college and found work. From her savings, the grateful daughter was able to offer her mother fresh capital to open a water refilling station in 2016. The Primavera Water Refilling Station thrived, ensuring the education of the three younger children.

Mama Luck plans to expand to nearby barangays to provide not only service but also jobs (she now has four workers). She motivates the womenfolk to be financially productive, through two organizations she joined. One is the Rural Improvement Club (RIC), which arranged livelihood training for women and training in small, low-capital businesses during her term as president in 2001-2002. In 2003, she joined the Kalipunan ng Liping Pilipinas, Inc. (KALIPI), which joined forces with RIC to reach more women in San Antonio. They organized trainings in making tinapa (smoked fish), pickled fish and bottled sardines, as well as slippers, bags, and hats, using abaca.  They had the support of the local government and the department of Trade and Industry.

Inspired by her own success in hog-raising, she conceptualized the Libreng Biik (free piglet) hog-dispersal project and proposed it to then Board member of Isabela. The first beneficiaries were RIC and KALIPI members. Under the project, a beneficiary would be given a piglet to raise, for free. When it matures and has sucklings, the beneficiary would give one each to RIC and KALIPI, for distribution to other beneficiaries. The project has been running for a decade. Recently she has been giving talks in the public school on how to make pastillas (milk candy), peanut butter and adobong mani (roasted peanuts).

The indefatigable Mama Luck is also a barangay volunteer health worker educating the community on issues like maternity care and feeding malnourished children. She is also not one to turn away anyone needing assistance, be it business advice or emergency funds. Helping others gives her peace and joy. Having entrusted everything to God. Mama Luck believes her success comes from doing His labor.